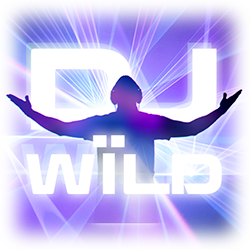 ELK Studios are behind DJ Wild, which is rapidly becoming a popular slot in the mobile casino world. The slot is about European club music, which won’t come as too much of a surprise to players. The slot also offers a very basic 5-reel, 20-line gaming structure, so it is suitable for new slot players as well as those which more experience. DJ Wild does allow players to engage in a somewhat broad wagering range, with its cheapest bets costing just 20p a spin, whilst more extravagant bets can cost upwards of £100 a spin. You can win as much as 500x your total bet with the DJ Wild slot.

Possibly the most remarkable thing about DJ Wild is its use of wilds. Numerous types are available in this game. One of them is an expanding wild, and it happens to be sticky, too. In total, the central three reels of the game.

Another major feature of this slot are the sticky re-spins. If a player lands the DJ Wild icon on the first, second, fourth, and fifth reels of the game, they will land a re-spin. It is this feature which could see them win the slot’s non-progressive jackpot. 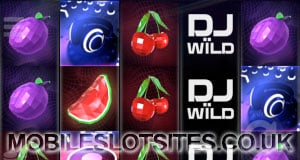 Once the re-spin begins, sticky wilds will start to become more prevalent on the reels. Extra wilds can also be added, as long as players keep on winning. If the player can land the Jackpot Wild symbol on the middle reel, as well as the DJ Wild symbols on the first, second, fourth and fifth reels, then they will walk away with the slot’s top paying prize. It is a long shot, but it is not impossible for players to land this combination of symbols on the reels.

DJ Wild is more about style than gameplay. The gameplay is certainly nifty, but there are many other slots with similar features. If you want a clubbing themed video slot, though, then look no further than this ELK Studios developed online video slot machine game.