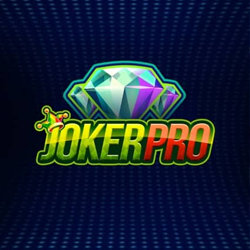 NetEnt’s brand new fast paced online slots game is a classic fruit machine affair, with a truly 80’s feel. With its cheesy, upbeat soundtrack that you’ll either be tapping your toes to or turning off, Joker Pro is packed full of neon colours, shining lights and traditional fruit machine icons. The vibrant, cheerful reels consist of 5 reels and 3 rows, and offer just 10 pay lines. This pay line number is quite low for NetEnt but keeps the gameplay relatively simple. There’s a chance to bag yourselves 100,000 coins and there’s a decent bonus feature to spice things up a little, in the shape of a reel re-spins round.

The brilliantly bold Joker Pro reels display a collection of traditional fruit machine symbols that represent wealth and good fortune. The highest paying symbol is the gleaming diamonds, followed by the red sevens and the bar symbols. Beneath these, in terms of value, are the bells, horseshoes and green four leaf clovers.

In addition to the regular symbols, there is the Joker symbol which is the scatter. These only appear on the middle 3 reels. Landing one or more of the scatters on the second, third and fourth reels activates the re-spins bonus.

Finally, there is an eye-catching wild symbol which is designed to appear like it is on fire; this dominant symbol will substitute all other symbols apart from the Joker scatter. 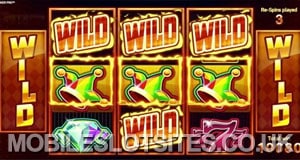 Joker Pro has just one bonus feature entitled Joker Pro Re-Spins. When the bonus round is activated by landing scatters on reels 2, 3 and 4, the first and fifth reels turn into wilds. Meanwhile, three Hot Spots appear on the middle reels. The triggering scatters transform into wilds that are sticky as the reels re-spin. Any further wilds landing on the reels during a re-spin, awards another re-spin and sticks to the reels until the end of the bonus round. Finally, if you’re lucky enough to have three wilds land in hot spots, a win of 1000 times your bet is awarded! This would therefore bring you to the end of your bonus round.

It’s the simplicity, the bright colours and the bonus round that make this game. Far from being a ground-breaking new release, Joker Pro is one for gamblers who appreciate a little tradition and cheerful straightforwardness. It’s a good ‘un – check it out if you like the classic game styles.