Genesis Gaming is a casino software provider specialising in video slots of various kinds. You might have heard the name before, although it isn’t a particularly old game studio.

Despite that, their software is famous for being of decent quality and packing features that players enjoy. While other companies are making the same games all over again, Genesis aims for originality.

Hence, every slots player online who stumbles upon these games becomes a Genesis casinos fan at least for a while. Let’s take a look at their online casino software and see what makes it so different.

Genesis has created around 150 games since their studio launched in 2008. This means it’s a very efficient team that releases a new title more than once a month, on average.

However, they’re just as good as they are fast. Despite the impressive pace, their slots aren’t only numerous but also well made. You’ll find quality in many aspects of their casino slot releases, such as:

To be precise, launching any of their games should prove at least a few of these points.

It seems that the studio puts a lot of effort into every game. So, it isn’t surprising that the players enjoy every new release.

It’s difficult to list a few hand-picked games from Genesis Gaming that are the most popular. That’s because all of them are worthy of your attention. Nevertheless, we found these games to be somewhat more popular than most others:

As you can see from these titles already, there’s a variety of themes that Genesis explores. This is how they do it in different cases: 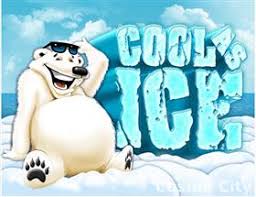 Cool as Ice is a 5-reel slot with 25 paylines. It has wilds, scatters with multipliers and bonuses. The game’s theme is all about the Arctic, including polar animals, Eskimos and other features.

The bonuses are also related to the theme. For example, you’ll find symbols covered in ice which can be broken to reveal cash prizes or high paying symbols.

Other features include Husky Races which add wilds to the reels or the Igloo bonus. If you manage to trigger the bonus, you’ll be able to enter the Eskimo’s house and pick a bonus there.

Pillaging Pirates slot is a fairly simple game example from Genesis as it doesn’t have many bonuses. However, it nails the pirate theme, including its music and the pirate characters.

On this slot with 5×4 reels, you’ll find pirate treasure wilds and scatters which activate free spins. During the bonus round, all the high paying symbols turn into the Blackbeard symbol.

Blackbeard pays up to 1,000x your stake, so it’s nothing short of real pirate booty.

Temple of Luxor is a prime example of the creativity of Genesis Gaming. It features two sets of reels that connect into a single 11-reel slot during the bonus.

It’s an Egyptian slot that is highly dynamic due to the various possible bonuses. You can unlock things such as “both ways pay” and increased payouts up to 5,000x your bet. All this is wrapped into an unmistakably Egyptian style and gameplay effects.

Look for Genesis games at casinos with video slots. The company isn’t huge in the category of jackpot games though, nor is it a well-known classic slots developer.

Many casinos use the software of this gaming studio even if they don’t advertise that in their lobby. Due to a large number of games available, it’s very profitable for sites that are looking to increase the number of slots they have.

As a result, most of the popular online and mobile casinos nowadays host Genesis slots. All you have to do is join one of them, for example, Unibet Casino, and start playing.

Far from every casino site uses all the games from this provider. Since they offer so many of them, most sites simply choose some specific games. If you want to play all of their 150 slots for real money, you might have to join several sites.

Ever since the establishment of Genesis Gaming in 2008, the studio put their effort into game development. Their software was always dedicated for slots fans online and in real casinos.

What’s more, many of their staff and developers already had experience in the gambling industry. As workers at real casinos, they knew exactly what makes people excited and how to appeal to them.

This is why the games of Genesis Gaming are so engaging and unique. If you want to experience this for yourself, choose one of the many titles and play on any device! 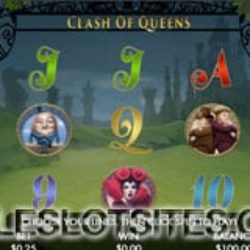