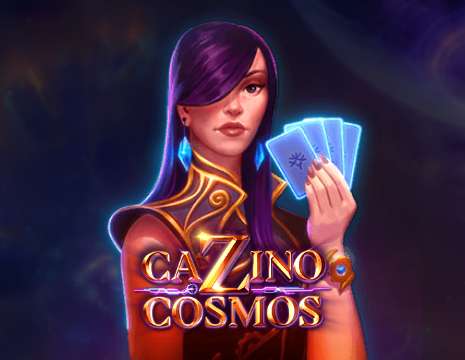 Building upon the success of its 2015 predecessor, Cazino Cosmos has a host of exciting bonus features in the new Collection Free Spins features and, thankfully, the legendary free spins with sticky wilds is included too.

With a top payout of an 11,000x multiplier, Cazino Cosmos shows plenty of promise as it hits mobile casino shelves worldwide.

In today’s article, we take a closer look at Yggdrasil’s latest release.

What Can We Expect from Cazino Cosmos?

Cazino Cosmos is set in deep outer space aboard a galactic spaceship. In this realm, the all-powerful and formidable matriarch, Stella, reigns supreme.

The unmistakable steampunk theme of Cazino Zeppelin has been kept, but the characters have been replaced with rather peculiar-looking space explorers.

Cazino Cosmos has a futuristic vibe with a starry galaxy just about visible from the spaceship. The soundtrack is suitably spacey with an adventurous and epic spirit, which adds to the spectacle.

As we have come to expect from Yggdrasil, the visuals and details of Cazino Cosmos are exceptional.

What are the Features of Cazino Cosmos?

This game is all about the bonuses and there is a feast of them for players to tuck their teeth into. And, of course, those sticky wilds are part of the fun.

The lower paying symbols are symbols of hearts, diamonds, spades and clubs. Higher up the paytable, you will find four steampunk characters.

The matriarch, Stella, is the wild symbol and she can substitute for all other symbols to form winning combinations, apart from the Free Spins symbol.

The standard Free Spins feature is triggered through landing at least 3, 4 or 5 of the free spin symbols which rewards players with 10, 15 or 20 free spins respectively.

All the wild symbols from the triggering spin are carried onto the free spins and they become sticky. Any additional wilds which land on the reels during the feature will also be sticky. If a wild lands on each reel, 5 additional free spins will be rewarded.

The Free Spins feature will be very familiar to those accustomed to the ways of Cazino Zeppelin. But, as we alluded to, Cazino Cosmos also incorporates a host of new features through the Collection Free Spins feature.

In the base game of Cazino Cosmos, each reel has its own collectable wild symbol. If five wild symbols land on one reel, a unique bonus feature will be triggered.

Here are the details of the five bonus features: 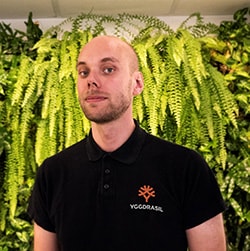 Yggdrasil have taken a different approach with Cazino Cosmos and that is a decision which is not without its risks.

Much of Cazino Zeppelin’s success was down to its simplicity and, principally, those delightful sticky wilds and complete wild lines.

Whilst Cazino Cosmos isn’t a hugely sophisticated creation, it is different to Cazino Zeppelin. The core mechanics of the game remain very similar, but a considerable number of new features and bonuses have been added.

Cazino Cosmos has a lot to live up to, without question, but Yggdrasil bosses are confident that Cazino Cosmos will prove to be a big hit.

Jonas Strandman (pictured to the right) is the head of slots at Yggdrasil, and he had this to say about the new release:

“The Cazino Cosmos launch was always going to be special for me, as it’s a sequel to Cazino Zeppelin – one of my personal favourites and the most successful game during Yggdrasil’s first year of operations.

We’ve taken the best elements from the original game and added multiple new bonus features, taking the already great win potential from sticky wilds and free spins to stratospheric heights. With Cazino Cosmos players can win more than 10,000 times their bet size, this more than any other previous Yggdrasil game.”

In our opinion, Cazino Cosmos is a worthy sequel to Cazino Zeppelin. We suspect that over the coming weeks and months, Cazino Cosmos will become one of the hottest slots around.

With exciting new features added on to the already hugely popular sticky wilds of Cazino Zeppelin, Cazino Cosmos has the ingredients to be hugely successful.