Spanish 21 is a form of blackjack played all over the world. It was called by different names over the course of history. Today, some people still call it Pontoon or simply Spanish Blackjack.

Spanish 21 blackjack is very easy to learn if you already know the basics of blackjack. However, with a number of extra rules, it adds a whole new flavour to the classic casino card game. 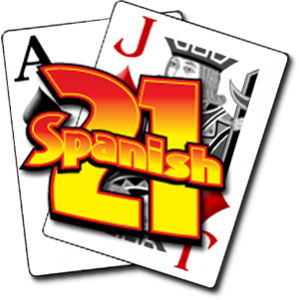 There are more than a few changes in Spanish 21. The first difference you’ll notice is the number of cards in the game. This table game is usually played with six or eight decks of 48 cards each. This is the standard set with the exception of the four tens.

The removal of all tens makes the game more difficult for the player. However, to compensate this, a number of favourable rules are added too. These extra rules allow the player to:

The game RTP of Spanish 21 varies between 99.2% to 99.6%, depending on the rule variations. That’s right: the rules of this blackjack game can vary too, though the ones mentioned above are always included.

This percentage applies to the base game without the super bonus. If we were to add that, the house edge would be almost non-existent, if not negative!

Spanish 21 offers a lot of flexibility. With so many options allowed even in the late stages of the round, it’s easier to minimise your losses. That is, as long as you know how to use them to your best advantage.